The Taverners Section arose as a result of the demise of the Leicestershire Vintage Club. This was founded during 1956 as a joint Club for Vintage Cars and Motorcycle enthusiasts living in the Leicester area. Historically clubs combining both interests have not proved successful with the notable exceptions of The Motorcycling Club (who still organise the Classic Exeter, Edinburgh and Lands End Trials) and the Aston Motor Club.

Both of these were founded during 1901! The LVC ran for some years but at an AGM the car members of the Committee alleged that the motorcycle ones were “trying to take over the Club” and discord ensued. As a result the motorcyclists decided to leave and establish a local group of their own which duly met in central Leicester in the Newarke Tavern in Mill Lane. Regular meetings and runs were held and a visit to us on 9th January 1958 was made by Frank Bussey, from the Midland Region and Len Wills, who was a member of their Management Committee.

They pleaded with us to become a Region of the Vintage Motorcycle Club and, as most of us were members anyway, it was decided to take this action and thus we became the East Midlands Region. The Club room was moved to the “Hope & Anchor” Tavern Inn on Wanlip Lane, Syston to help those members who were coming in increasing numbers from the Loughborough, Nottingham and Derby areas to the north of Leicester.

The Region prospered with many riding events including ‘mud plugs’ (now known as sporting trials) during the winter months and a road trial during the Autumn which was called “The Mitchell Trial” as our then Chairman, Peter Mitchell, presented the sole trophy. In view of the increasing numbers of members attending meetings from the north east Midlands, they felt justified and able to form a Section in their own right and so the ‘Notts and Derbyshire Section’ came into being and we became The Taverners, the name decided upon as a reminder of our formation at the aforementioned Newarke Tavern.
Apart from the Racing Section, we became the only non-geographically named Section within the VMCC. 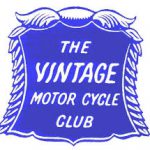